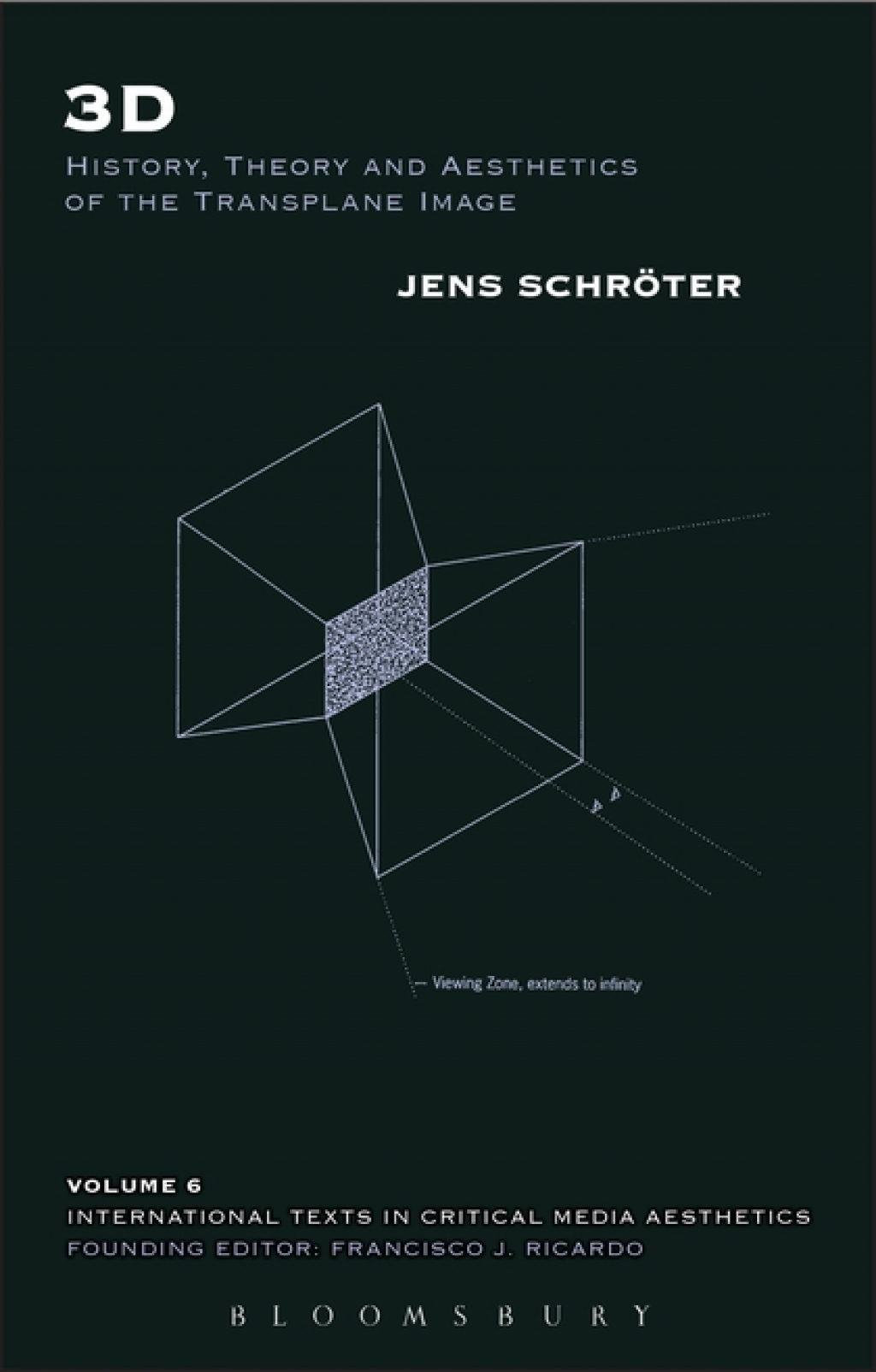 There is a blind spot in recent accounts of the history, theory and aesthetics of optical media: namely, the field of the three-dimensional, or trans-plane, image. It has been widely used in the 20th century for very different practices - military, scientific and medical visualization - precisely because it can provide more spatial information. And now in the 21st century, television and film are employing the method even more.

Appearing for the first time in English, Jens Schroeter's comprehensive study of the aesthetics of the 3D image is a major scholarly addition to this evolving field. Citing case studies from the history of both technology and the arts, this wide-ranging and authoritative book charts the development in the theory and practice of three-dimensional images. Discussing and analyzing the transformation of the socio-cultural and technological milieu, Schroeter has produced a work of scholarship that combines impressive historical scope with contemporary theoretical arguments. You can find further information on the book here.

You can find a digital preview here.